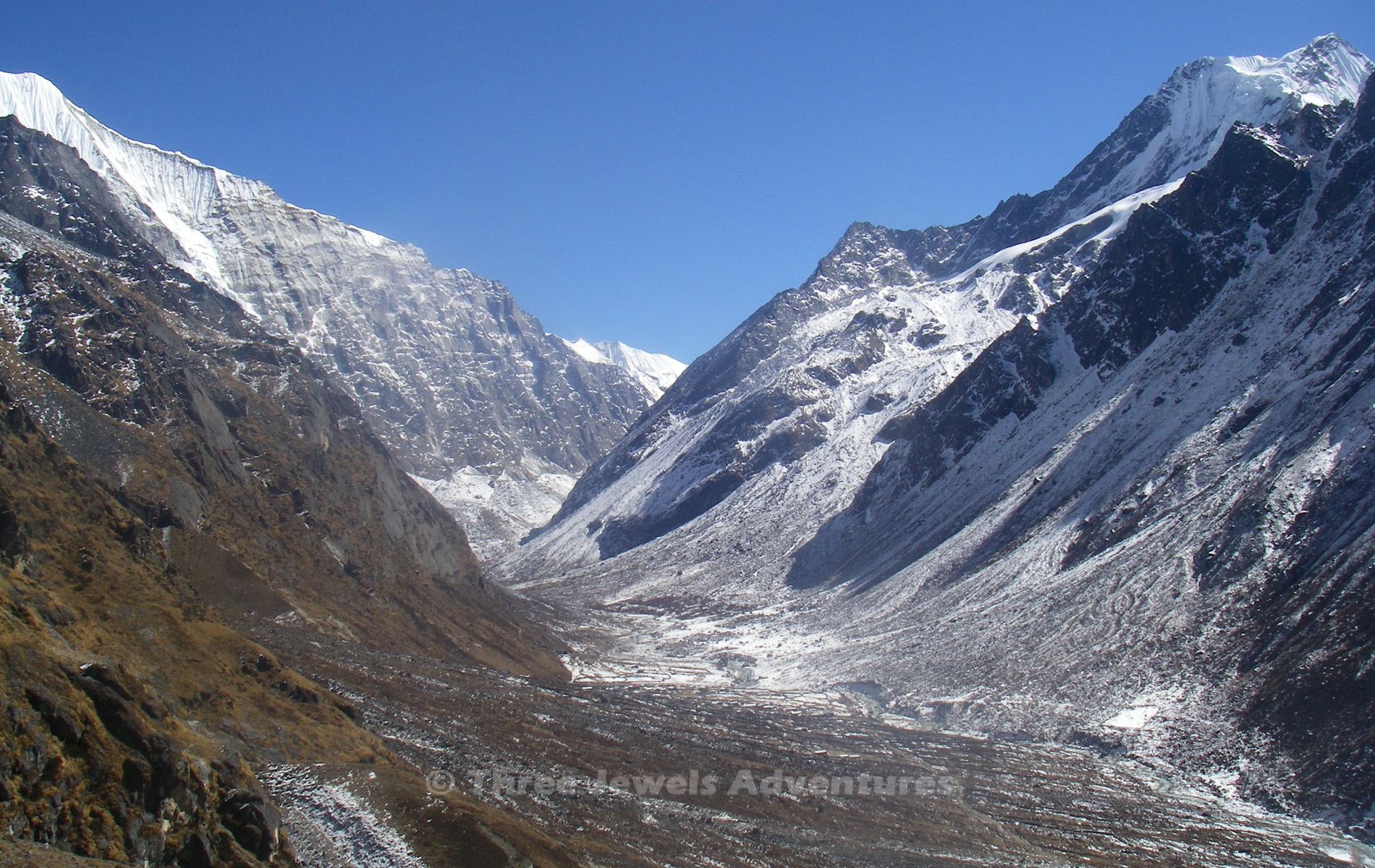 Mt. Makalu (8463m/27760ft), one of the highest peaks in the world, stands between its two tall neighbors, Kanchenjunga in the East and Everest…

Mt. Makalu (8463m/27760ft), one of the highest peaks in the world, stands between its two tall neighbors, Kanchenjunga in the East and Everest in the West. A 45 minute flight from the capital city of Kathmandu takes you to the town of Tumlingtar, in the base of the Arun River, the trekking starting point. The route then gradually follows the Arun River out of the valley, through settlements before reaching the alpine area. Trekking up to Makalu base camp is relatively moderate and relatively free of visitors. Makalu-Varun National Park has laid the foundations for the preservation of the natural and cultural environment of the area. As trekkers and mountaineers increase every year, teahouses are being set up for the visitors. The trek heads over the pass of Shipton La (named after Eric Shipton 1952) at 4216m/13828ft, approaching the base camp, prior to entering the upper part of the Makalu Varun Valley. This provides breathtaking views of beautiful ice lakes, the giant South face of Makalu, Mt. Varuntse and the Everest ridge along with Lhotse and other peaks.

The trek up to Makalu base camp usually returns on the same trail to Tumlingtar but some enthusiastic hikers or climbers trek even higher across the most challenging passes of Sherpani Col, East Col, West Col and Amphulabtsa. All above 5500m/18040 ft., these passes demand extreme physical fitness and some skills of crossing and climbing glaciers and rocks. These extremely wild and adventurous passes connect the Makalu-Varun area with the Hong Valley and Chhuikung of the Everest region.