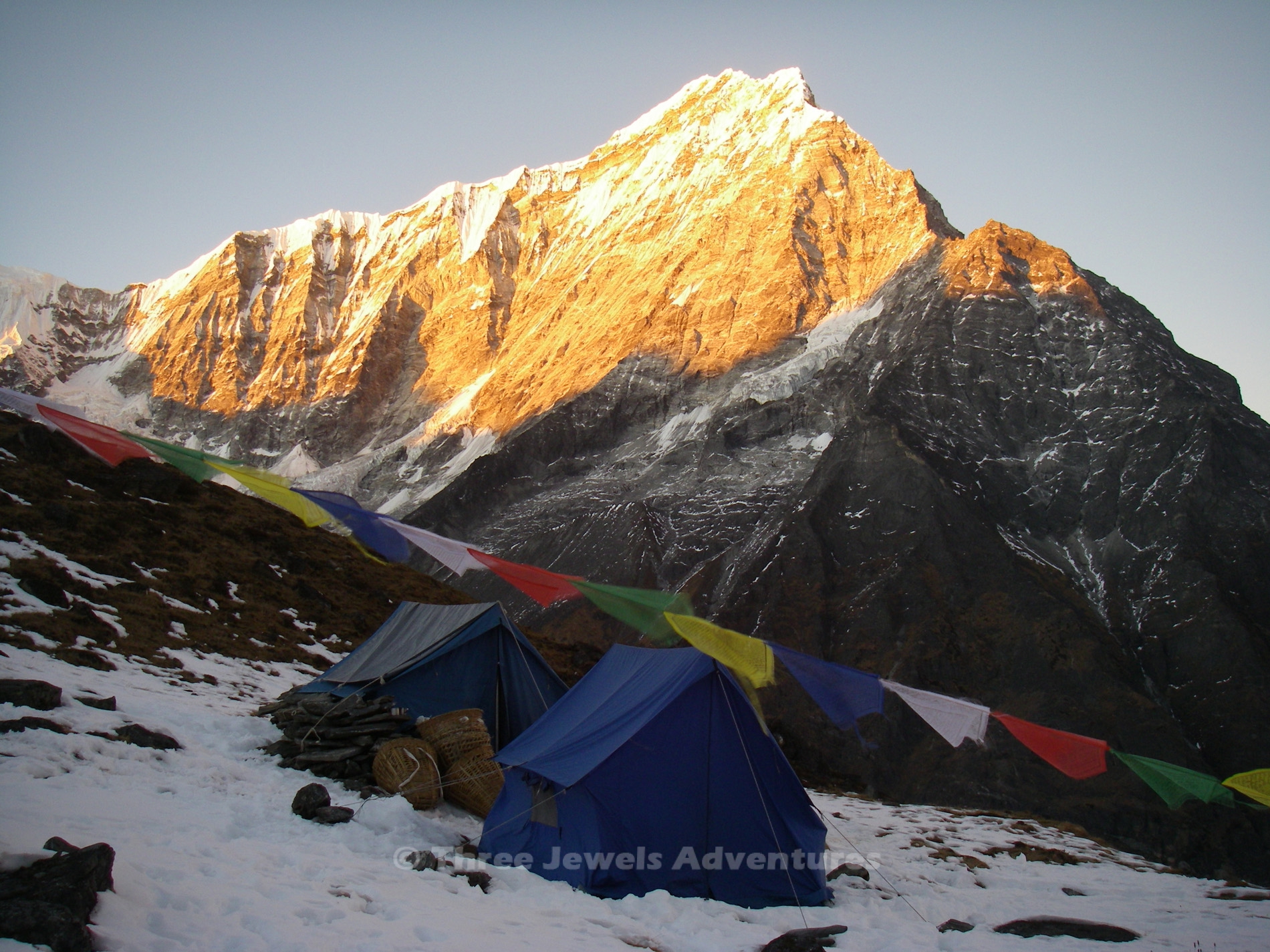 Trekking in Kanchenjunga world’s third highest peak, starts from Taplejung in East Nepal bordering with India further East. The trekking starting point is now reached by a short Jeep ride from Bhadrapur, a comfortable airport connected to Kathmandu. Kanchenjunga area is famous, not only for seeing and walking on the base and high passes of one of the biggest mountains on earth but also given the cultural uniqueness of the local ethnic people, known as the Limbu, Lepcha, and Sherpa. Kanchenjunga region is also enriched by vast bio-diversity with many species of birds, and rare wildlife like the Red Panda and Snow Leopard who roam in the protected site of the Kanchenjunga Conservation area; it is one of the less trekked areas in the Himalaya. This region is suited to those who have some level of hiking experience along with a deep interest in traveling in remote, rugged places that exposes one to both culture and natural beauties.