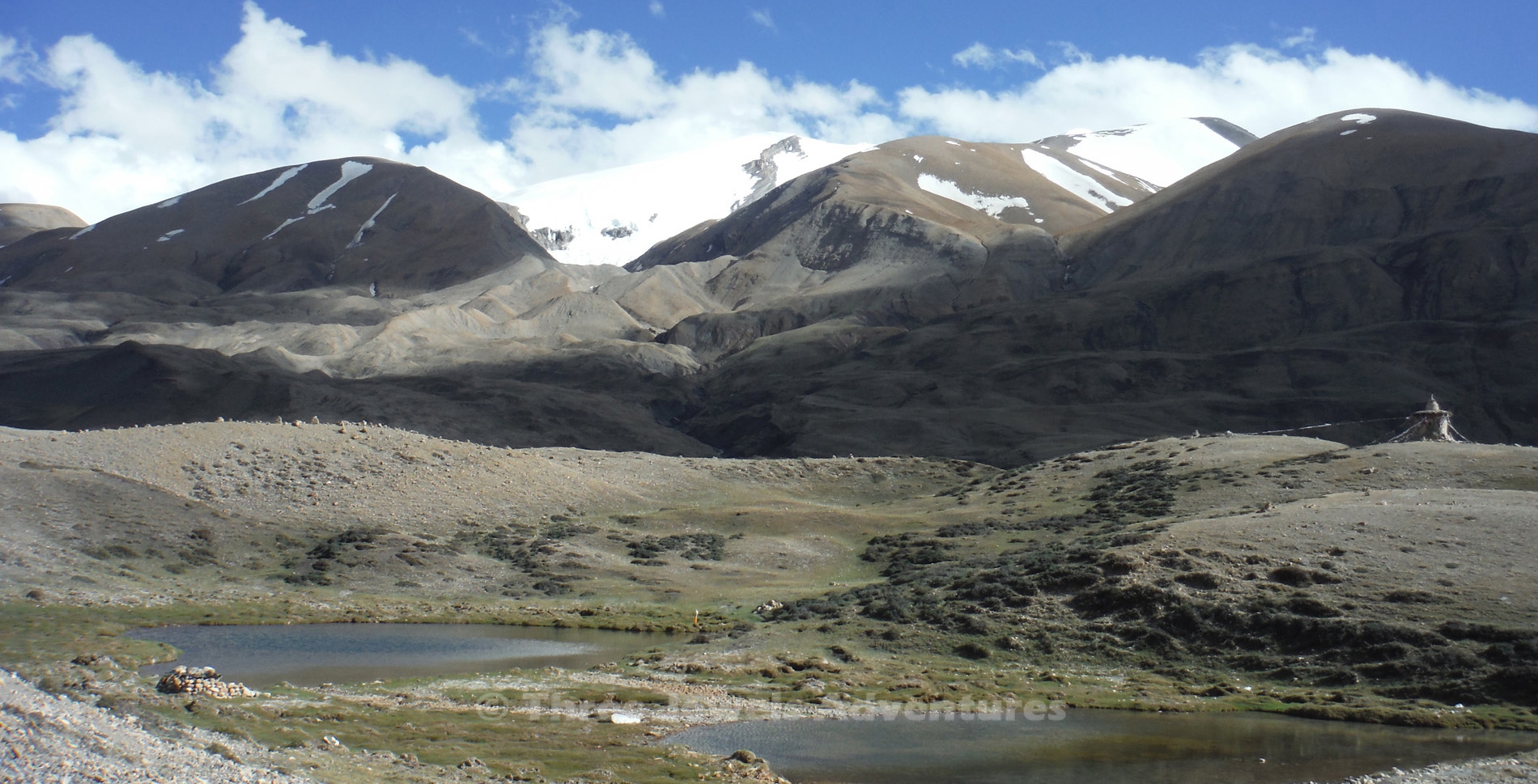 (off the tourist trail and cultural trekking)

Damodar Kund is one of the last attractions of tourist and spiritual importance opened for foreign tourists. Related to Krishna Lila, Lord Krishna of Hindus, it is one of the most important Hindu pilgrimage sites situated in one of the most inaccessible areas of the Himalaya. Our team from ‘Three Jewels Adventures’ organised a successful trek to the region soon after the devastating earth quake of April 2015 and found the trek to be one of the most exhilarating adventures in the remote Himalaya. Until recent times, the area was only visited by a few daring Sadhus (holy men), however, as the trekking regions of Upper Mustang to Lo-Manthang have become increasingly accessible by road, tourists have embarked on the area. As this area is part of the Upper Mustang, trekking proceeds from Jomsom after two short flights from Kathmandu via Pokhara. To ensure aclimatisation to high altitude and the tourist attractions of Upper Mustang, the trek first does a small loop which includes the ancient capital city of Mustang at Lo-Manthang; here you will visit caves, monasteries and the palace. The trek then heads East to the last village en route at Yara and enters the alpine nomadic zone. From Yara, the trek proceeds to Damodar Kund, following a rarely walked pilgrimage path. There is then the option of proceeding to Saribung, or returning the same route to Yara. We then take a jeep ride from Tsarang to Jomsom. Those who prefer getting away from the tourist crowd, a challenging level of hiking as well as a unique cultural experience, Damodar Kund and Upper Mustang (as a combined trek) is a superb choice.

This trek can be only 14 days if avoided to go to Lomanthang or even less if used jeep in available places. Please ask us for further details.