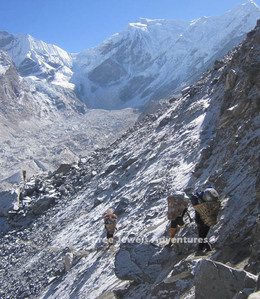 Namaste Everybody! Finally we (I and the team) have managed to complete the website update together with some rewritings and adding of few more trips and features.  This page, the blog is one of the additional features of our website and  I hope that this will be interesting to our readers, potential clients and anyone interested to know about Nepal and our agency.  In 1992, I don’t remember the exact month or date but it was shortly after I was admitted to Nepal Law Campus, Kathmandu, my mom had sent me a letter saying she managed to send rupees 2,000 [$30] which she borrowed from a relative and this was for my educational expenses. She had to give her ornament (dhungri-Nep.) as collator against the borrowing. This message made me more worried for my education and expenses in Kathmandu where I didn’t have senior family member or friends who could help me find a part time job to keep up my education at the college. I was afraid to spend all the money sent by her so I used only half of it and rest sent back to her. From that moment, I started to look for a side job aiming to make enough to pay the fees and food of living in Kathmandu. As any big cities, Kathmandu had the crowd of people and sad thing I felt after not finding job was may be the entire crowd was like me – everyone seeking a job

After realizing that without extraordinary qualities or higher level connection, to find a job is virtually impossible, I ended up knocking the door of a neighbor Sherpa who used to work as trekking cook for a trekking agency. He also showed me his limits that he is not an educated man neither he has influence like a senior guides have, to employ junior staff on a trek. After seeing and bothering him many times, he once said that he will take me to a trek and the job I had to do was called a ‘spare boy’ (those who carry fuel and lunch on a camping trek) It was a seven day’s camping trek to Ghorepani – Poon hill in the Annapurna mountains. There were two spare boys including me and our job was to carry stove and fuel by one and food (to prepare lunch) by next. Because my companion was experienced he got the food and I end up carrying stove and a LP gas cylinder. Later I learned that the trekking agency we were with had sent the LP gas as a ‘taste’ for alternative fuel for camping trek. Because the cylinder is cylindrical – not an easy shape to carry on the back of a human it was learned too impractical and none of the other agencies ever used such fuel support for cooking in the trek. Needless to mention but that was probably the most difficult job I ever did. Thanks to the length of the trek as it completed in a week.  That was my first trek  and I happened to be a guinea pig of alternative fuel plan for trekking industry of Nepal. 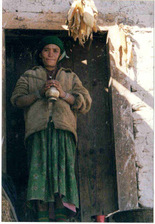 Because the money I earned from short trek was not enough to pay back the debt my mom had and because I needed more money, I happened to work in another trek as food carrying spare boy, soon after the first one. The second trek was of 27 days one of the longest treks one does in the rugged Himalaya. This one was in Arun valley of eastern Nepal ending at Lukla after visiting Everest base camp. After the completion of the second trek, I ran down to Lumsa (my home village) which took only two days for me. I had enough to give my mom to safeguard her dhungri and little extra to share sweets and gifts to my family of course including my grandfather. After returning in Kathamndu I had to keep working in trekking at least 2-3 times a trek season to support myself and family back home. This is how I ended up in trekking industry despite being a law student. To make the story shorter, in 1998 I managed to become a guide and in 2001, together with few friends we managed to initiate ‘Three Jewels Adventures’.