Experience the difference with ‘Three Jewels’ 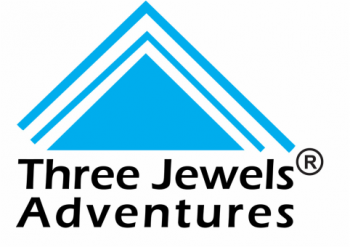 Our organization, Three Jewels, takes its name from the triad of cultural and geographical wonders you’ll experience in Nepal. Buddhism pays homage to the sublime jewels of The Buddha, The Dharma (teachings of Buddha) and Sangha (the Buddhist Teachers / followers) while Hindus worship Brahma (creator), Vishnu (care taker or protector) and Shiva (destroyer of all illusions). Likewise, Nepal is geographically divided into three regions: High altitude great Himalaya, middle hills, or lesser Himalaya, and Tarai (terai) or Southern flat land.

The Three Jewels logo entwines the cultural and geographical wonders of Nepal with the three layers rising to the top of the world, the Himalaya. In encouraging our clients to discover the Himalaya, we ask you to look beyond the dramatic mountain views to see the hidden beauties found in temples, shrines, stones and the Nepali people that you’ll encounter on your journey with us.

Three Jewels Adventures was established in 2001 and is a family owned business ran by Amber Tamang and his wife, Sushma. Amber’s knowledge and experience in trekking dates back to 1993 when, as a trekking Porter, he financed his academic studies in Nepalese law, history, archaeology and culture. Amber’s wife, Sushma, is one of few women in the role of ‘Manager and Cultural Heritage Guide’ in Nepal’s trekking business. The couple, with the support of their team, can assist with a diverse range of trekking, climbing or cultural tour programs. 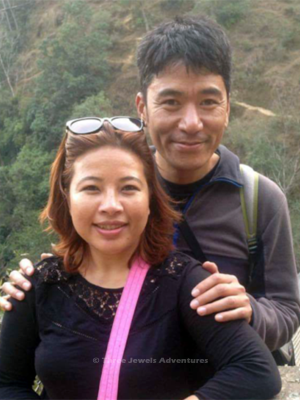 Three Jewels Adventures was founded and Managed by Amber Tamang and his wife Sushma Tamang. Amber is from southern Solukhumbu, a small place not even on the most printed maps. He began as a trekking porter in 1993 to support himself through college education. In 1999 Sushma and Amber got married. Not long after that, in 2001, they formed Three Jewels Adventures as their family and team business with fellow guides. Amber specializes in guiding regular trekking to Buddhist and Hindu cultural and archaeological sites whereas Sushma Tamang also a trained tour guide helps to guide and to manage their family’s business. During the slow tourist season Amber and Sushma both contribute their time to Tourism organizations such as Sushma was committee member for Village tourism forum run by tourism experts in promoting tourism in remote villages, Amber in the other hand is volunteers coordinator to his community culture center for Tamang ethnic people. They live in Kathmandu with their two daughters Ayusha and Anjali. 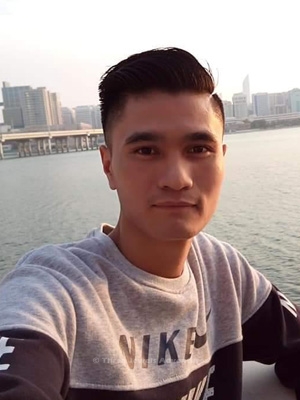 Bikram Tamang is Assistant Manager at Three Jewels. He is also the in-charge of administration, account and guest relationship. While time permitted, he also enjoys trekking the Himalayan Trails with fellow guides and clients. Bikram comes from mountain district Solukhumbu but he lives in Kathmandu with his parents.

Karna B. Tamang ‘KB’, three times Everest summiteer, once solo from camp 4 to the summit, is one of the outstanding climbing guides in Nepal. Besides bagging Everest three times, he has climbed many peaks in the Himalayas like Amadablam, Himlung, ChoYou, and other peaks. KB was also a member of the rescue squad in the 2014 and 2015 Mt. Everest disasters KB nowadays leads only limited treks and climbs to give more time to his young son and wife. He part of the year lives in the USA. 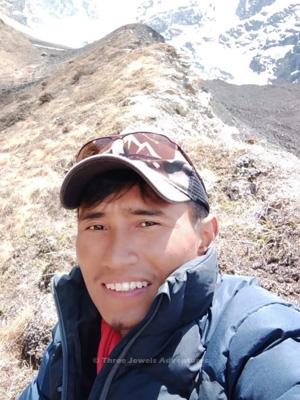 Lok Tamang (LOK) is from Goli, Solukhumbu, in the lower Everest region. He guided several treks for Three Jewels prior to receiving a Trekking Guide Certificate in 2012 from the Nepal Academy of Tourism and Hotel Management (NATHM). His trekking experience includes the less traveled areas of Dolpo, Dhorpatan Hunting Reserve, Manaslu, Upper Mustang and Tamang Heritage Trail in Langtang National Park. Lok has also supported treks in frequently visited areas including Annapurna, Everest region, and Tibet. Lok was one of the Guides to successfully climb Lobuche Peak (6019m.) during the Covid pandemic when some of our clients came to climb the peak. Lok, along with other staff, is conscious of updating his skills and attended the ‘Trekking Guiding refreshment workshop’ conducted by the Kathmandu Environmental Education Project (KEEP), of which our agency is a member. He speaks good English and Tibetan as he has been to Tibet for treks many times. 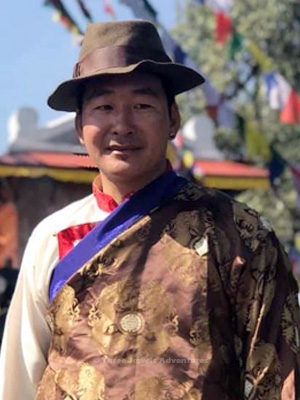 Ang Phuri Sherpa is from Tapting Solukhumbu and has experience of leading treks in remote areas such as Tilman’s Pass in the Langtang Valley and Upper Dolpo to Mustang, a restricted area in West Nepal and even the high altitude pass of Tashi Lapcha. Ang Furi is fluent in English, Tibetan, Sherpa and he also knows some German. He has been an active member of our team in supporting those in remote areas affected by the earthquake of 2015 in Nepal. Besides trekking he is also experienced mountain guide for small to medium level peaks. He has successfully led our clients to Lobuche Peak, Islang Peak, Mera Peak and Chulu East. While not trekking he helps his family at native home and is also in role of good dad and husband as he has new baby son!

Yangji Sherpa, is a trainee trekking guide at Three Jewels Adventures. She is from Solukhumbu but lives in Kathmandu most of the time with her young son who is studying in a Buddhist monastery to be a monk. Yangji has already trekked in Mt. Everest region her home area and Langtang and she has just completed assistant trekking guide training. She hopes to be a good guide in the future for the trekkers from all over the world. 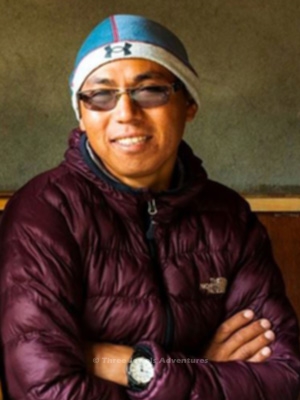 Man (Pronounced: Mān) Tamang comes from eastern Nepal district of Okhaldhunga. He has worked in Saudi Arabia for some time as many other Nepali young people. Then he decided to be back in Nepal and join Trekking where he used to work as a porter. He got Trekking Guide Certificate from Nepal Academy of Travel and Tourism Management and he has successfully guided treks in places like Dolpo, Mustang, Manaslu, Langtang and even in Tibet. He lives in Solukhumbu with his wife who works in an local NGO. 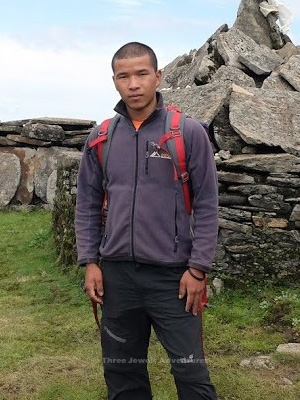 Pemba Bamjan Tamang is another young and energetic trekking guide at Three Jewels Adventures. He has successfully guided clients to challenging treks like Three Passes in Mt. Everest region, Amphulapcha Pass, Dolpo and Annapurna. He lives in Solukhumbu with his wife. 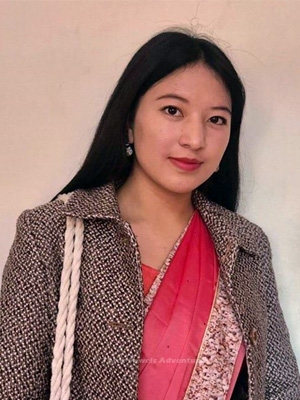 Anjali Tamang is the elder daughter of Three Jewels’ owners Amber and Sushma. She is in her first year of bachelor’s in a college. She enjoys helping her parents and their team at their office while she has holidays like winter vacation. She is also an enthusiastic hiker as a result; she has already trekked to Lower Everest, Langtang Tamang Heritage, and Annapurna foothill.

Tourism that is sustainable and eco-friendly is of paramount importance to the Three Jewels’ team. This extends to the care shown to those communities we visit whilst enabling our clients to enjoy experiences that are life changing. Three Jewels is also responsive to meeting the social challenges faced by their people. For example, following the devastating earthquake in Nepal in 2015, Three Jewels responded with heart and hand in areas including:

The above contributions were made with the direct involvement of staff and clients without any assistance from Non-Government or Government agencies.